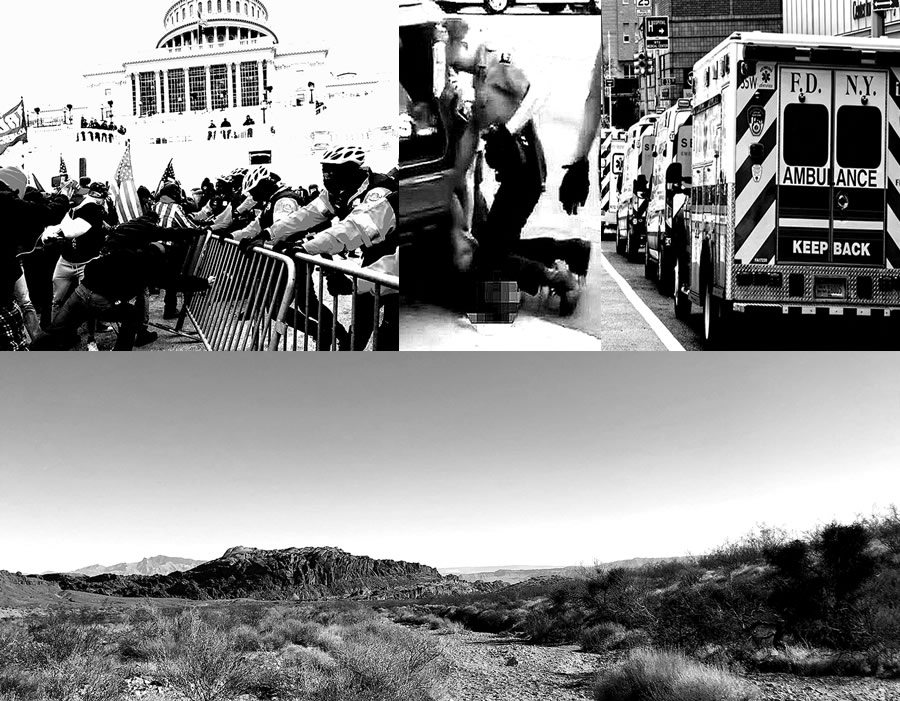 More than any year in my (admittedly short) life 2020 felt interminable. I feel like I aged at least a decade that year, and talking to my friends and family I don’t think I’m the only one. So much has happened, so much has changed; how are we to make sense of it all?

One way might be to call 2020 a year of apocalypse. This word comes from Ancient Greek ἀποκάλυψις (apokálupsis, “revelation”), literally meaning “uncovering”, from ἀπό (apó, “after”) and καλύπτω (kalúptō, “I cover”). The final book of the Christian Bible is commonly referred to as “Revelation”, but some old translations still call it “The Apocalypse”, and mean it in this way. In this spiritual sense, an apocalypse is a specific kind of prophecy, revealing things hidden or (perhaps intentionally) unseen.

As humans, we don’t mind having hidden things revealed as long as they aren’t about us. In fact, we would rather look at anyone else’s failings before our own. After all, if it’s the other fellow who’s at fault, we don’t have to do anything!

But nothing will change if we all live that way. The first step in healing is admitting that there is a problem, and for that the problem needs to be revealed. We need something to come into our lives to wake us up from complacent slumber, drag our attention away from our neighbors’ foibles and back to our own, and show us that our own cheats and lies and half-measures and procrastination have real consequences that can’t be imagined away.

We need an uncovering, an apocalypse. And oh boy, did we get one this year.

The lies and hypocrisy of our politics. The greed and corruption of our medical care. The endemic racism and violence of our society. These evils have been present in America my whole life. They have been causing pain, misery, and death to millions every year, and mostly without any fanfare whatsoever. Courageous souls spoke out prophetically and were ignored, mocked, and eventually silenced. We didn’t want to hear it, didn’t want to see the planks in our own eyes. So we shut them, and stopped our ears, and went back to sleep.

Until this past year.

If you lived through 2020 in America you’ll never need a reminder of what the year was like: coronavirus exploding from a single case in January to tens of millions; George Floyd’s killing in May sparking a huge wave of protests against police violence and institutional racism; and finally the tortured end of one of the most agonizing of presidential electoral seasons in American history. Three massive, life-altering events, each one an apocalypse, an uncovering of a truth too long ignored, and all happening one after another in the same year.

Together these crises built up into a chorus too strong to drown out, sounding the truth in ways that no one could ignore. Oh, we tried: people refused (and still refuse) to believe the coronavirus is real, or is lethal; the protests were derided and attacked as anarchism, dangerous radicalism, or just simple whining; and even the unprecedented horror of the storming of the Capitol election has barely made a dent in the partisan squabbling in Washington. But unlike so many times before, this year the forces of truth were not being carried forward by single brave souls who can be ignored, mocked, or murdered. This time the average American can’t pull down the blinds and turn on the TV and pretend it’s not happening.

So where do we go from here? 2020 has come to an end, as all years do. A new one has begun. The virus has its vaccines, and their distribution will eventually abate the pandemic. The energy of the protests has faded somewhat, as energy does, and people are turning their attention to other troubles. Candidates have taken their seats as elected officials, and now settle into the slow grind of governing. It will be so easy, so tempting, to just wipe our brows and pat each other on the back, giving thanks that we survived and going back to life as it was, as much as we can.

But I hope we don’t.

An apocalypse is not a disaster to be endured. It is an invitation to be accepted, or rejected. This past year we got a glimpse of the darkness that resides inside America. The virus, the protests, and the election rose up together to uncover the truths that we as a country had been ignoring for far too long. We’ve seen it, and having seen it we can choose to change. But if we don’t, well –

Someday our debts are going to have to be paid. Someday the truths 2020 revealed in part will be revealed completely and forever. When the reckoning comes and we all have to answer for our choices, will we dare to say the truths revealed to us this past year did not move us?