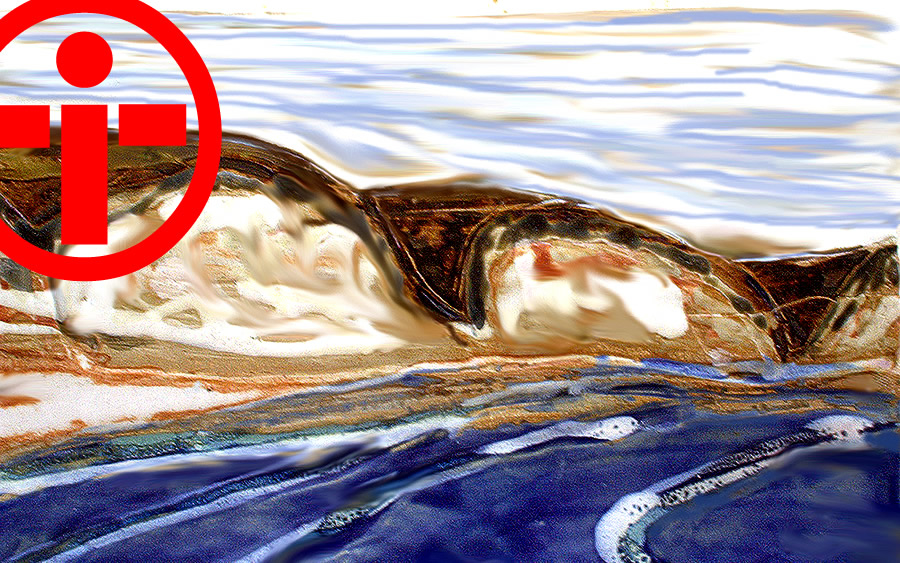 TURNING AND TURNING IN THE WIDENING GYRE

THE FALCON CANNOT HEAR THE FALCONER;

MERE ANARCHY IS LOOSED UPON THE WORLD,

THE BLOOD-DIMMED TIDE IS LOOSED,

AND EVERYWHERE THE CEREMONY

OF INNOCENCE IS DROWNED;

THE BEST LACK ALL CONVICTION,

WHILE THE WORST ARE FULL OF

It is easy to misread the words of the poet in several ways. One can take a look at the world around us now – as many do – and quote this poem as a prophetic utterance. Things seem to be unraveling with innocence drowning, anarchy on the rise, the Good set to the sidelines and the Bad set center-stage in all their fury.

Or, one might approach this theologically and note that as the pursuit of God as Centre has dimmed over a few hundred years – replaced more and more since the Enlightenment by humanity – “the falcon cannot hear the falconer,” the centre cannot hold because it is not recognized as such and there is a certain quiet dignified anarchy to all of our denominationalism and separatism that says that we will decide – we will be ‘the centre.” Er, centres not only outside the Church , but within it as well.

But we turn from this only to find we cannot manage even our own lives – not to mention the world.

Yeats was an inverted Conehead.

William Butler Yeats had none of this in mind of course. He was writing in the context of the end of the First World War and personally saw history and destiny itself is “conical,” (see graphic) with the “widening gyre” simply ending in destruction and being replaced with something like it’s opposite impulse.

So one imagines if Yeats is correct, a scientific, democratic and expansive/popularist approach in the West would now break apart and be replaced by something very opposite: non-scientific, authoritarian, exclusive and  isolationist.

I don’t care for two reasons: 1) I am not really political and that is all really beyond me; and 2) the issue Yeats’s poem brings out (unbeknownst to him) is larger.

Sometimes the poet speaks beyond himself and his philosophy. No one takes Yeat’s view of “Conical” history seriously at all – but this is one of the most quoted poems in the English language – especially right now.  Why?

Simple. We know we as a people are lost and before you leave thinking I am going to launch off into a typical rant let me assure you it is NOT COMING. You don’t need that and neither do I. We know, don’t we?

“The falcon cannot hear the falconer”

How can we hear in the ever-widening gyre as things are falling apart?

Well first we have to know Who we are listening to.

If we are tired of listening to the Ad-men and the Angry Religious we might just be listening for the quieter voice of God.

We are not listening to Religion, our family of origin’s idea of God, or our upbringing (our stunted “whenever we stopped learning about God”-age ideas about God*). We are listening to the God of love Who is there and Who has chosen to freely communicate in specific ways that are simple (“to him who has eyes to see and ears to hear,’ says Jesus on many occasions.)

You are not sure God is there? That is okay. You only have to be open. People talk a lot about “finding God” and I do see “seeking” reflected in Jesus’ parables. But I also see Jesus “finding us” and not the other way around. Be open and willing to be found.

What are some ways to see and hear?

The simplest way is through nature, though it is the least specific. It is through beauty and art that you can begin to re-calibrate your eyes and ears to hear and see God in the midst of this , well….maddening world.

Beauty and Art are major ways of seeing and hearing. These are always couched in Creation (in some way) and the fecundity of God the Master artist who creates for sheer joy; both God’s and yours. Let God speak to you via nature.

In Art, learn to see both the reflected glory of God in the women and men who make/create it and also their longing for God in it. It’s okay to see them arguing like the Psalmist with God – sometimes bitterly so– with God. This is what I call the “running argument with God.” Even their depictions of so-called “hate” against God are just misplaced love and the energy they use to produce these works comes from the True Centre Himself- Christ.

Beyond just viewing art, doing art (in whatever form you can) opens up God-given inner places of the heart, mind and body that are reflective of your being as created in God’s image. If open, you may experience yourself as someone who creates beauty in a way reflective of God. And it does not matter whether it is fine art or chalk art. Bake something that looks delightful.

Artist and theologian Makoto Fujimura, in his important book Culture Care, writes of “generative thinking” saying it is ,

“fueled by generosity because it so often must work against a mindset that has survival and utility in the foreground. In a culture dominated by this mindset generosity has an unexpectedness that can set the context for the renewal of our hearts.”

These simple words need to go on a lot of refrigerators… seriously.

We are not talking just about the survival and utility dominating those at the bottom of our socio-economic situation in America. In the Bay Area, we are talking about people in “Golden Handcuff” corporate jobs working 60-plus hours a week under duress and with no small measure of fear given the subtle and not-so subtle evaluation systems put into place to keep them slavishly and doggedly hammering away at tasks.

At times, I am almost tempted to call it a “Digital Gulag” but I know better.

I was recently in a theology class in seminary where the question came up for the first time: “what is theology?” That may sound funny – especially as it is my third year – but most theologies are so anthropocentric these days (and have been so for a very long time – this is not new) it is difficult not to adjust to the times while trying to address them.

My only contribution was a bit of a departure: “No one has seen God at any time; the only begotten God who is in the bosom of the Father, He has explained Him.” (John 1:18)

Culture Care by Makoto Fujimura. I love this book so much I have both a hard copy and the Audible versions.

It is an odd statement if you look at it (which is why I like it). Like Fujimura’s view of art as generative and generous (to an extreme), God has come down and become flesh that we might know Who God is – that God might be explained and seen.

God has revealed God’s own Self in Jesus. How do we appropriate that? I would contend that as He is resurrected you can do this directly – but this is often a process of coming into relationship. More often this begins by reading the words of Jesus. It also comes via prayer.

People will come at you from a variety of angles on the Bible – all of which will suspiciously keep you from actually just reading and exploring it for yourself.  Like art, it is best to just experience it for yourself, then explore it with others who love it. I am not sure I would explore art with people who hated it, thought it a waste of time or disparaged it at every turn. I am not sure that would make sense to me – so why would I do that with God and scripture?

Someone asked me recently what my view of the “inerrancy vs. infallibility of the Bible” debate was. I told them it was a 30 year waste of time not worth comment – and isn’t. Read the Bible for yourself and see if it resonates as the Word of God.

Lastly, God speaks through people. Jesus gave a plain directive (as recorded in Luke and also here in Matthew 7:17-20):

“So every good tree bears good fruit, but the bad tree bears bad fruit. A good tree cannot produce bad fruit, nor can a bad tree produce good fruit.  Every tree that does not bear good fruit is cut down and thrown into the fire. So then, you will know them by their fruits.”

Long ago I learned to watch what people do/did and not so much what they said. This has served me well. People who love and have grace for others in their lives? I listen to them – regardless of their religious training. God uses them in my life. I see God in them whereas, sometimes, in the religious I see nothing at all but Ego and Self-Rule.  Then I look at the fruit as Jesus instructed – not at their past (that would be judgment) but what are they choosing now- faith, hope and love in serving others and loving God; or some agenda of power and control based in fear?

My mentor, The Rev. Darrell Johnson, has as his motto “The Centre Holds.”  (he lives and teaches in Canada…thus the “Centre” thing instead of “Center.”) Right now, as everything is falling apart and anarchy is barking at our heels with its violence and the Church is lost in its own bad news – the Centre Holds.

This paper is the first of many papers and explorations on this theme because you; and I do mean YOU – are going to want practical, DOABLE things in this world as it runs more and more amok to both keep sane and also to retain a sense of direction and peace.

I am telling you today that you have real anchor points – rock to pound your pitons into. Beauty, Art, The Word of God, Worship, Fellowship, Service, Meditative prayer, and adoration of Christ (simple and pure devotion to the Living One).

It is okay to take some realistic stock of the chaos, but do not linger there or you will lose all hope in time. It is not a time to simply tread water…you will drown. You need to be going somewhere. You need to learn to swim.

* I little noted phenomenon where people stop their exploration or developmental understanding of God at some early age – often due to some crisis, but for some generations it was simply when they were first given the free choice to attend church or not. This is not to suggest they would have been given an adequate depiction or education in the nature of God from a church, only to note that developmentally their picture and understanding may be arrested at a very early time, i.e. I have met 50 year old men walking around with 13 year old boy’s notions of God and the Bible simply because that is where they stopped investigating – just like any other subject.