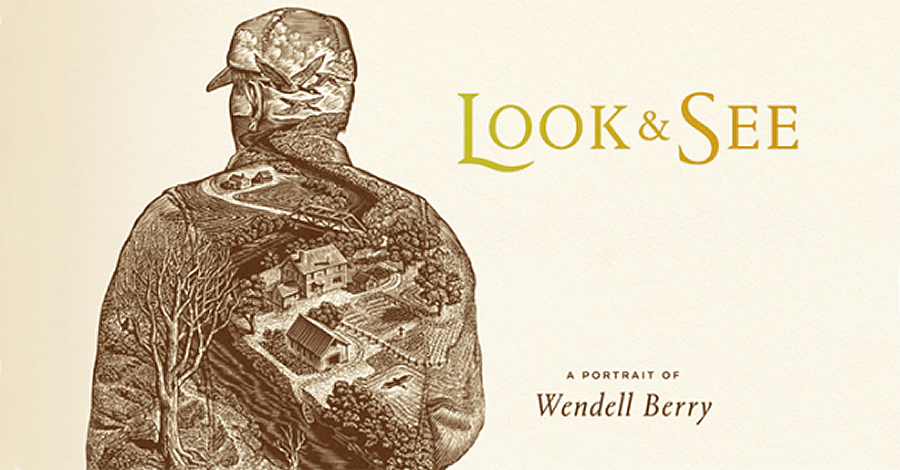 PBS is airing an amazing film on Wendell Berry and the Environment which just premiered on April 23rd and is available through May 7th HERE.  It is also available for those who have Netflix.

Berry, an essayist, and poet is also a farmer in rural Kentucky. The Hour-long film is well-done combining a number of stories at once within Berry’s overall life’s framework of activism, writing, raising children and farming.

Probably the most significant aspect is demonstrating the social breakdown (the fruit of industrialization and Modernization) on human souls and community that making farming and farmers simply a cog in a wheel has become. Berry gets at the spiritual and social consequences in a way that is not moralistic but is somewhat irrefutable. And it doesn’t hurt that he and his wife have been a living testaments to an enduring way of life that flies in the face of such depersonalization (her contributions to the film as fascinating as his).

Excerpts from a 1975 panel discussion show Berry unmasking the United States policies as being equal to Communist military annexations of lands – just by other means. His down-home brilliance is staggering as it has always been. The film ends with a poem of such immense beauty it will leave you in tears.